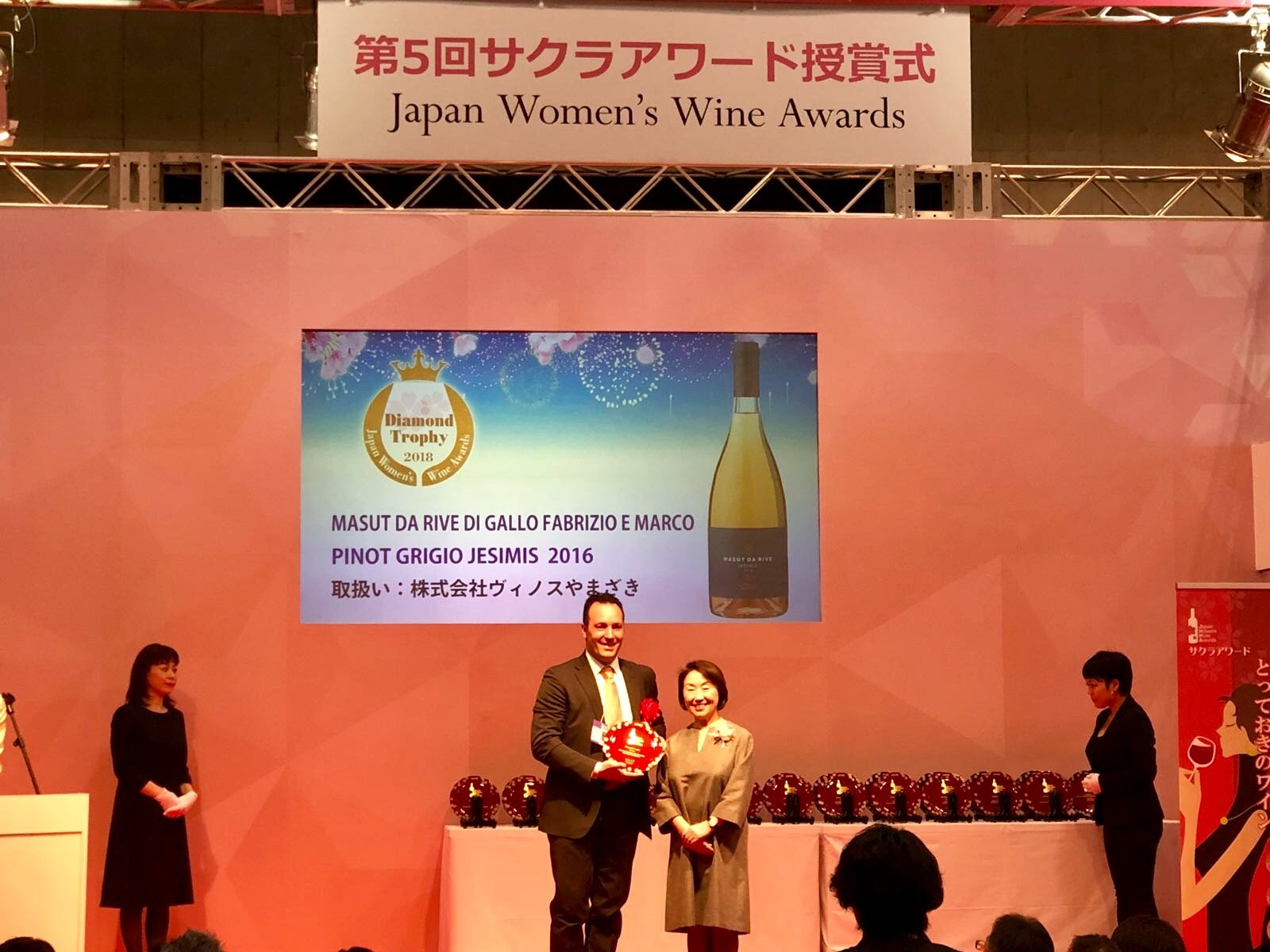 “I flew to Japan to support our partner Vinos Yamazaki during a series of events organized in the main Japanese cities: Tokyo, Shizuoka, Sendai, Kansai… During this working week full of tastings, visits to shops and meetings with customers, we carved out the afternoon of Tuesday, March 6 to take part in the award ceremony of the “Diamond Trophy” awards during the first day of Foodex Japan.

Last October our importer suggested us to participate in the Sakura Women’s Wine Awards, one of the most prestigious wine-competitions in Japan, where the tasting jury is made up of women only. We chose to present the Pinot Grigio Jesimis 2016, a wine fruit of lots of researches, released on the market last autumn for the first time. Surely an appealing wine, with an intense copper color, with delicate, but at the same time powerful, bouquet and taste. A very popular wine among Japanese consumers, and which enjoys a great demand.

At the beginning of February the Sakura staff communicated us the good news: our Pinot Grigio Jesimis received the Double Gold medal, which means that it got a score between 93 and 100 points. Moreover, they informed us about a further selection that would have been made precisely among the Double Gold wines: the wines considered excellent would have won the Diamond Trophy. This would have been a recognition of which we would have been very proud, but the awareness of the numerous wines (over 4.300 including 271 Double Gold) in competition always made us “keep our feet on the ground”.

A few days before leaving for Tokyo the President of the competition Yumi Tanabe communicated us that we won the prize and invited us to receive the Diamond Trophy. We sent an e-mail to our partner in Japan to change the travel-schedule in order to participate in the award ceremony. Needless to say that it has been a great emotion, which makes us proud of the work we carry on and of the wines we produce, of a job that is our passion, which we try to convey to all those who approach Masùt da Rive!” 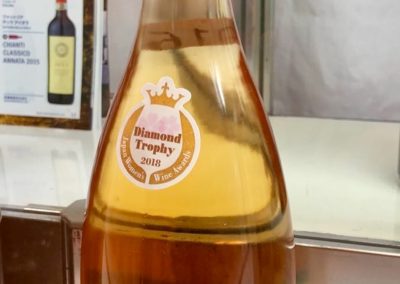 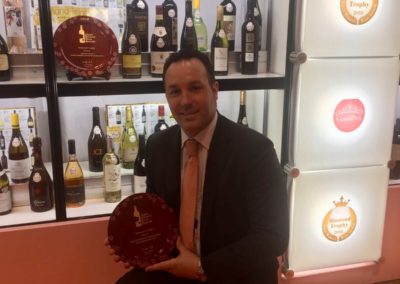 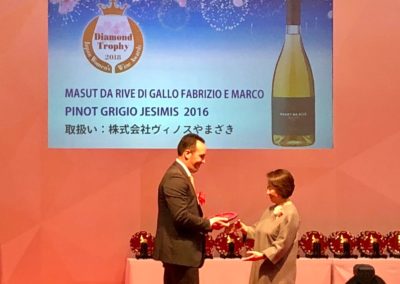 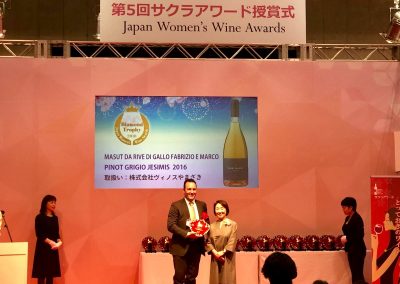